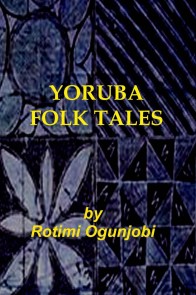 The imagery in Yoruba folk tales can be quite striking and are often astonishing .The tales live and breathe and sometimes walk into each other and around at night when all have gone to sleep. But in the end there is always a moral lesson that was learned. All these stories are derived from Yoruba folklore. Some are as old as the art of storytelling itself, some are relatively newer, some I have been gleaned from places that have become lost to memory, and some I have made up entirely on my own . In all cases I have attempted to retell the stories in my own way, and in the way of a Yoruba storyteller. - Rotimi Ogunjobi 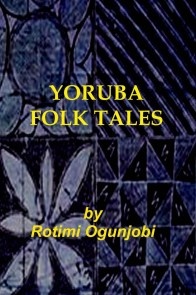