Why the Hare Has A Slit Nose

BABA INDABA (pronounced Baaba Indaaba) lived in Africa a long-long time ago. Indeed, this story was first told by Baba Indaba to the British settlers over 250 years ago in a place on the South East Coast of Africa called Zululand, which is now in a country now called South Africa. AN AFRICAN LEGEND which tells how the hare got to have a split nose, why the moon is called a lady and how she came by the scars on her face. Lastly, the moral of the story tells children why they should not fight. 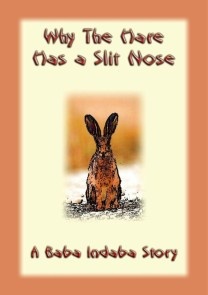