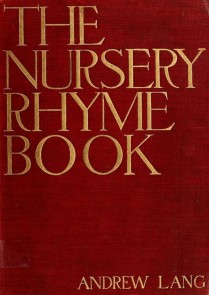 The babes of former generations were certainly lucky, for they possessed quite the best book of nursery rhymes which has ever been published. "The Nursery Rhyme Book" by Andrew Lang and illustrated by L. Leslie Brooke is a complete collection of the old nursery rhymes which have delighted so many generations, adorned with attractive pictures and accompanied by a preface written in one of Mr. Lang's most engaging moods. The preface, of course, is not for the little ones, but for the mothers, whose duty it is to read the rhymes- and show the pictures. We do not know [says Mr. Lang] what poets wrote the old nursery rhymes, but certainly some of them were written down, or even printed, three hundred years ago. Grandmothers have sung them to their grandchildren, and they again to theirs, for many centuries. We did not know till we studied Mr. Lang's table of contents that nursery rhymes may be divided into fourteen different kinds ; but they may, and Mr. Lang gives them all and discourses sweetly on many of them. No nursery which respects itself should be without this fascinating book.This book is fully illustrated and annotated with a rare extensive biographical sketch of the author, Andrew Lang, written by Sir Edmund Gosse, CB, a contemporary poet and writer. 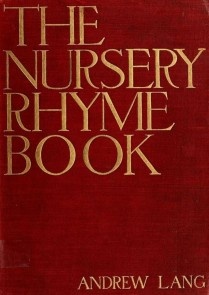